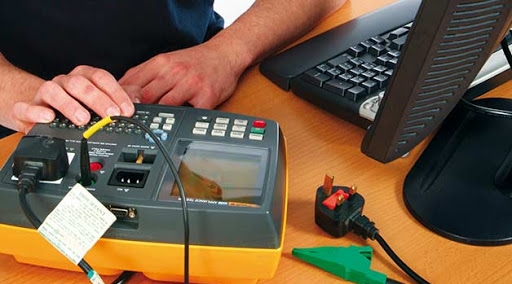 General Tech Services carries out comprehensive PAT testing for electrical appliances using the best PAT tester in the market. Using an accredited PAT tester, we ensure that our reference instrument is properly functioning before we test your electrical equipment.

What is PAT (Portable Appliance Testing)?

PAT (Portable appliance testing) is the visual examination and electrical testing of portable electrical equipment used in industrial, commercial or public access areas and locations (including rented property) to ensure they are safe to use, and cannot present an electrical hazard to the operator or anyone in their vicinity. Among the issues that can arise are:
•    Exposure to live, conductive parts due to damage to the outer casing of the equipment.
•    Worn and/or frayed power cord.
•     Defective, loose or missing earth/ground connections.
•    Failure to identify and correct problems such as those listed above can result in the electrical equipment becoming a shock hazard or a fire risk.
Many of these problems can be identified visually, but still often go unreported. Internal faults often go undetected. Portable appliance testing involves performing a series of tests that, taken together, are designed to identify any faults or product defects that would otherwise not be detected. In addition to protecting personnel, regular safety checks of electrical equipment tend to increase the operational life of that equipment.

A portable appliance tester (PAT) allows the operator to make a number of safety tests with a single instrument, including:

What Needs To Be PAT Tested?

Determining what needs to be PAT tested is not as difficult as it sounds. For the purpose of legislation, portable appliances include all equipment that is not part of a fixed installation but is meant to be connected to a fixed installation or generator. Any appliance that uses a flexible cable or plug and socket qualifies as a portable appliance. In other words, if you have an appliance that has a plug that is intended to be connected to a wall socket or generator, it qualifies as needing to be PAT tested.

This can include items such as electric drills, monitors, printers, PCs, kettles and larger items like photocopiers, vending machines and others. So a cordless power tool would not need to be PAT tested but their battery chargers that plug into the wall for power do need to be tested. You should note that there are larger items that seem stationary but still require PAT testing. For instance, a heated towel rail or built-in dishwasher may seem like a fixed appliance but for testing purposes, they still qualify as portable because they plug into a power source.

All IT equipment should be tested, including power cords to this equipment although they are required to be tested separately from the equipment that they power because they are held to a different standard. Electrical cable extensions are the most commonly tested items as they are among the most common sources of safety hazards.

All of your 110 volt /220 volt equipment in addition to all 3 phase equipment should also be tested. If you have equipment that is not possible to turn off for PAT testing such as servers and critical systems, you should ensure that every effort is made to perform a combined inspection. Tests can be done at the next available shut down for maintenance purposes.

What are the different classes/ types of equipment?

There are five classes of equipment, but we are only going to look in detail at the three of them that are commonly encountered. The five classes are:

Class I – This type of equipment relies on the basic insulation of live parts to prevent contact with parts that are live under normal conditions. If a fault arose and the outer parts of the equipment became live, the equipment relies on the casing, if it is conductive, being connected to earth via its supply cable and the fixed wiring in the installation. Kettles, desk fans and electric fan heaters are typical examples of Class I equipment.

Class II – This type of equipment relies on either two layers of insulation (double insulation) or insulation equivalent to two layers (reinforced insulation) to protect the user in the event of a fault. Although the equipment is not connected to earth the insulation is of such a design that it will prevent any electricity reaching any part of the equipment that could cause harm.  Garden equipment such as electric strimmers and lawn mowers are examples of this type.

What is a PAT Test Certificate, and Why is it Important?

Typically once a PAT test has been carried out on an appliance, a sticker will be placed on its surface to show it has been tested. To supplement this it is important to have a certificate showing the details of testing. These may vary from a simple hand written note to a personalised printed certificate.

The minimum details any PAT testing certificate should contain are: